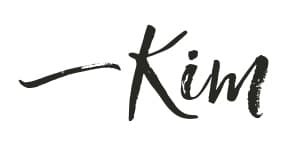 Twitter Polls have been out and about for a couple months now, and while they are pretty awesome, they have some limitations you should take into consideration.

Being able to poll folks on Twitter is pretty cool in and of itself. You can ask people for their opinions on last night's game or what their goals are for next year:

Cool! Viewers see how much time is left to vote, how many people have voted, etc. Seems pretty cool. If you want to learn more about Twitter Polls, visit Buffer's handy guide on getting started with Twitter Polls here.

Yep. A whopping 24 hours. Now, you do get analytics and stats and such about your Twitter Polls, but the ability to vote on a pole is only active for 24 hours. So if you want to send the tweet out to your followers in an email to vote, you better hope they open their email soon.

Pro #2: Twitter Polls are a great way to get some engagement on topics surrounding your business.

You could have Twitter followers vote for their favorite camera brand or most used lens. Or perhaps you could ask followers about what you should name your new blog. Either way, It's a creative way to garner some engagement from your followers.

Con #2: Twitter Polls have a character and choice limit.

It's Twitter, so a limitation on the characters and choices shouldn't be a surprise, should it? If you use a 4-choice poll, your Twitter Poll choices can only have 20 characters each and your tweet can have a maximum of 116 characters. Check out this screenshot test of this theory:

#TwitterPoll: What #camera are you shooting with today? #photography

But we're not really sure we want to consider this a “con” of Twitter Polls. It wouldn't be Twitter if we could write a novel, would it? But then again, it would be nice to be able to write a bit more content for each choice.

Instead of reaching for straws, we'll just pretend like there isn't a 3rd con to Twitter Polls.

We like Twitter Polls–don't get us wrong! They are growing on us as we write this blog post. The cool part about embedding the tweets on your blog posts like we did here is that viewers can see the results of the Twitter Polls long after they are completed–no broken links to worry about! But if you were looking for some amazing game changer in the the world of social media, don't get your expectations too high for Twitter Polls.

What do you think? We'd love to hear your thoughts in the comments below!

Need some simple tips for automating your social media?

Sign up for our newsletter and we'll send you our 21 easy-to-follow social media automation tips!

What our members are saying: 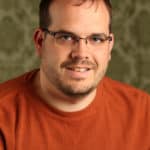 I have known Kim for quite awhile. She is professional and client-driven. In today’s world, social media is so important for any business. I have received so many compliments from my clients about how they enjoy my Facebook posts. Kim also developed my new website, which launched in January 2016. I would recommend Kim and her services to anyone. She is a huge asset, and I’m glad she is a part of my team!

It's not gonna get done if you don't make the time to do it.

Are you ready to uplevel your business? Nobody but YOU can make it happen...and we'll teach you how!

Success! Grab a cup of coffee and celebrate! Don't forget to add hello@acupofcontent.com to your "safe senders" list!